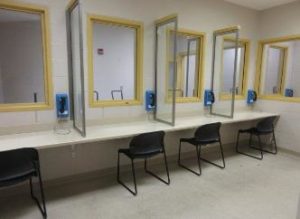 We are located on the north end of Wellington just east of U.S. 81 Highway on Hillside.  If you are coming from the turnpike come west on U.S. 160 (10th Ave) past the first stop light to the roundabout, bear right going north U.S. 81 (A street) for approximately one mile to Hillside.

For information on who is in the facility and what they are charged with call 620-326-8943, Extension 0. The deputy who answers the telephone will be able to give bond amounts and basic information on how to gain the release of inmates. It can take two or three hours from the time the inmate is accepted into the facility before fingerprints and a mug shot are taken. Inmates cannot be released until these two things occur. The amount of time that is required varies with the number of persons arrested and the cooperation of each inmate. Please call before you go to the facility.

Sumner County Victim Information and Notification Everyday (VINE), If you are a victim of a crime or just a concerned citizen you can access information regarding incarcerated offenders through VINE. This is a free of charge site to registrants and completely confidential. An offender will not know if someone is registered for notification.

If a person held in the facility requires a bail bondsman to post bond, it is the responsibility of the inmate or their family or friends to select the person or company to write the bond. Detention staff .
is not allowed to recommend any person or company.

Cash Only Bonds — Cash bonds are accepted for the full amount of the bond.    The receipt will be given to the inmate along with a copy of the cash bond. The cash posted may be subject to court costs and fines, at the discretion of the courts.

Money and personal items for inmates— Cash may be deposited into the inmates commissary account.  Approved paperback books may be mailed by the subscriber to your loved one and then are donated to the inmate library.  No other items will be accepted without the approval of the Watch Commander and only when strict guidelines are met. 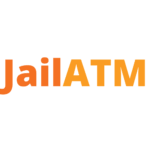 Release of property — Personal property will only be released once. The inmate must contact the deputy and a form will be created. The person picking up the property must have a picture ID. It is the inmate’s decision if and to whom his/her property will be released. If during the intake process an inmate refuses to sign for their personal property, the arresting agency will retain the property. Release of inmate money — May be done one time with the inmates approval.  A photo I.D. is required for the release of any funds/property.

Telephone Calls — Out-going telephone calls will be made collect, or with a purchase of phone time which is available through the commissary.

Family Visitation — Visitors must produce a valid government issued ID such as: Driver’s License (DL), state ID card, passport or Military ID for identity verification.   All visitors are subject to search
by detention staff and they must be on the inmate’s visitation list prior to visit.  Inmates ONLY are allowed to choose who is placed on their visitation list. If a visitor is disruptive or not properly dressed, visitation may be stopped or refused. If there are papers or a payroll check that requires an inmate’s signature, the items may be brought to the facility on the inmate’s visitation day. The items will be signed and returned to the person bringing the item to the facility.
Male Visitation:  Saturdays and Sundays: 8-11 am. and 6-9 pm on both days
Female Visitation: Saturdays and Sundays: 1-4 pm and on Monday 6-9 pm 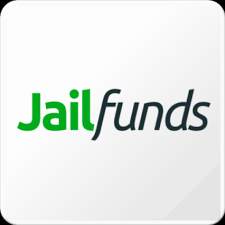 Inmate Mail — All mail should be addressed to the inmate at 610 E. Hillside, Wellington, Ks. 67152 All mail must be properly addressed with identification information to clearly identify the inmate in custody. Mail will be returned to sender if information is insufficient to reasonably determine the identity of the inmate for whom it is intended.

Cashiers checks, money orders are accepted through the mail. Cash will not be accepted by mail.

Mail that is addressed to inmates who are no longer in custody will be stamped “Return to Sender ” and returned. Mail containing unacceptable items or contraband will be returned with a note of explanation.

All non-privileged mail will be opened and checked for contraband prior to delivery to inmate. Privileged mail (legal mail) must have official markings on the outside of the envelope and will be opened in the presence of the inmate and checked for contraband but will not be censored. Packages mailed to inmates will not be accepted, but will be returned to sender unopened. Contraband items listed below will not be distributed to the inmate if received through the mail. lipstick, books or photocopies of books, puzzles, calendars, glitter, adhesive tape, aerosol cans, aluminum cans or foil, bar soap, batteries, cigarettes/lights/matches, cosmetics, hair products, medical products (unless approved by the duty Watch Commander), hygiene items, excessive scent of perfumes, credit card, ID cards, keys, jewelry, nude, partially nude or nude photos of men, women or children, pens, pencils, marking pens, art supplies, records or tapes, electronic equipment devices, musical greeting cards, playing cards, games, plastic bags, wrap, wire, metal, plastic objects, string, twine, plastic line, correspondence to an inmate other than addressee, narcotics, intoxicating beverage and drugs, weapons or plans for their manufacture, perishable goods (food or beverage), items not included on the list of authorized possession issued to inmates or purchased through commissary, any item that threatens safety, security, or good order of the facility, issued items that have been altered, money, Polaroid photographs. Other items not listed may also be excluded from distribution if they are considered a security risk.  Paperback books are accepted if the book is mailed to the inmate by the publisher or subscriber.

“Bubble Wrap” packaging is not allowed and will be marked and returned to sender..

Sumner County Work Release —    A court order is required to place an inmate on the program. Because of limited bed space a “waiting list” is maintained for inmates sentenced to the program. A fee up to $20.00 per day is “charged to all inmates in the program.”

Release of information — Once an inmate is released from the facility, no information may be released.

Questions or difficulties — If you have a question or difficulty with the staff of the facility, please ask to speak to a supervisor.

The Sumner County Sheriff’s Office is committed to the National Prison Elimination Act by indicating a zero tolerance from any violation of this act.  To provide for the safety and security of inmates in the custody of the Detention Facility as well as for others present in the Facility.

Our PREA policy affects any Employee, Inmate, Visitor, Contractor, Volunteer and any other who may have contact with another within the Detention Facility.